Real Dangers of Petroleum Development Across the Country

…WITH SPECIAL REFERENCE TO IDAHO

Jump to these sections below:
Harm to precious water
Air and soil pollution
Earthquakes
Fire/explosions
‘Fracking’/’no fracking’ is moot

How much water?:  It typically takes 20-80,000+ gallons of water to prepare a conventional vertical well for production.  Drilling and fracturing a (sometimes miles long) horizontal well under high pressure – ‘fracking’, or ‘fraccing’/’frac’ing’ – takes far more water (though conventional wells may be more numerous to extract the same amount of hydrocarbons).  A horizontal fracked well uses anywhere from 2 to 9 million gallons of water.  From SourceWatch:  “…Over its lifetime an average well may require up to an additional 5 million gallons of water for full operation and possible restimulation frac jobs. …The extraction of so much water for fracking has raised concerns about the ecological impacts to aquatic resources, as well as dewatering of drinking water aquifers.”  Only about 20% of the water pumped down comes back up and out in a shale deposit – so this is ‘consumption’ of vast quantities of water for the return of oil and gas.

Agriculture is the biggest user of water in the U.S., and Idaho – a relatively dry state – has major needs for irrigation water, which is largely already spoken for by farmers and ranchers.  Some gas/oil wells in Idaho may be conventional if over convenient reservoirs of hydrocarbons.  Some may be hydrofracked (and regulations for this are already in place).  Where is all the water for drilling, fracturing, and re-treating wells going to come from? – and at which water users’ expense?

Potable water contamination:  Fracking, and sometimes conventional drilling, has led to contamination, particularly by methane, of private water sources in many areas, leaving homeowners and farmers without safe water for their families and stock.  A great many families continue to live with imported water (not always provided by the drilling companies) – which obviously makes it almost impossible for them to sell their homes.

When ‘produced’ water is pumped back out of the underground formation, some of the chemicals used in drilling, acid treating, and fracking are inevitably left in the ground.  From there they can migrate via any opening into other parts of the formation – including other water sources.

Aside from the possibility of aquifer contamination from hydraulic fracturing, or from poorly done or degraded cement well casings, surface waters and shallow drinking water aquifers might be harmed from toxic spills or well blowouts.  Any contaminated underground water could potentially make its way into springs, wells, and/or irrigation water sources, via natural routes or cracks opened by fracking or disposal of fluids into injection wells.

Disposal of contaminated water:  The water used for drilling and fracking might be used again for drilling or fracking, but it is generally now unfit for agriculture or consumption, even with treatment (not commonly given).  Yet, the industry in many places tries to dispose of it in city/county wastewater treatment facilities, foist it off on local jurisdictions as a free road de-icer, spray it onsite for dust control, and sometimes simply dump it alongside roads or into streams.  Farmers are even paid in some areas to spread sludge from drill cuttings on their fields as ‘fertilizer’ (innocuously called ‘landfarming’), ensuring that grazing and food crops are contaminated with the stuff as well (some of which is naturally radioactive).  And short-sighted policymakers are advocating using wastewater to irrigate crops in the dry West, even though this has been shown to damage plants’ immune systems. …All of which contributes to water (and air and soil) pollution in the end (if not health maladies).

Contaminated water may also be disposed of in deep ‘injection wells’ (which Idaho regulators are seeking permission for from the EPA).  This is what has caused earthquakes all around the world in recent years, where few to no earthquakes have been prior to heavy use of such wells.
HELPFUL LINKS

Air pollution:  The oil and gas industry contributes significantly to toxic and particulate air pollution (which, of course, leads to health problems over wide areas (as in Denver, where ozone smog is an increasing problem).  Flaring off of gas at well sites not only wastes the resource but pollutes the air nearby with methane and other chemicals.  Dust – including especially harmful silica sand dust from fracking operations – is produced in great quantities during drilling.  Hazardous wastes are often stored in open pits, from which liquids evaporate their constituent chemicals into the air – and from which they can leak into the soil.  Great amounts of traffic are associated with various aspects of development and production, and these emissions add to air pollution as well.

Aggregate accumulations:  The unprecedented 2015 Aliso Canyon (or Porter Ranch) toxic release from a blown-out (failed) underground gas storage facility near Los Angeles.  It lasted 4 months and caused the evacuation of several thousand nearby residents, many of whom experienced health effects consistent with methane poisoning.  “The Aliso gas leak’s carbon footprint is said to be larger than the Deepwater Horizon leak in the Gulf of Mexico.”  This is just an extreme example of what accumulates in the atmosphere around the country, and world, from many constant, as well as unexpected, emissions from gas and oil industry sources.  (And unfortunately, environmental regulations do not take into effect aggregate accumulations of toxic emissions – hence many smaller polluting facilities may be preferred by industry over larger ones that can’t comply with maximums.)

Soils can be polluted by toxins in wastewater, drill cuttings (which include various additives of drilling fluids – most ‘proprietary’, i.e., undisclosed), spills, and torn disposal pit liners.  Oil can saturate the structure of soils.  Produced water contains high quantities of salt, which can sterilize soil for many years to come.  Sludge in some areas can contain high quantities of naturally-occurring clays that can change soil structure dramatically.  And contaminated soils produce contaminated plants.
HELPFUL LINKS

How do they happen?:  A new rash of earthquakes in gas & oil regions has been shown to stem from use of wastewater injection wells (most often) as well as from fracking or even just conventional drilling itself, depending on the geology.  In either case, the instigator is stimulation of, or creation of, seismic faults underground.  Many such earthquakes cluster about active gas/oil fields and have been found to increase in intensity over time.

Conditions:  A University of Oklahoma seismologist has found that “…induced earthquakes could be larger than previously thought, since this type of deep waste fluid injection has the potential to unlock tectonic stresses built up over decades” – and her “research suggests a much longer lag between cause and effect:”  not months from injection, but potentially delayed 5-20 years.  No wonder insurance companies are beginning to raise premiums or deny earthquake coverage completely for any induced by the oil & gas industry as damages and injuries have escalated.

Accidents:  “The only ‘industry’ to have more fire and explosion fatalities than oil and gas in 2013 was firefighting”, according to an EnergyWire report.  “…The thick files generated by OSHA investigations at fatal well explosions detail dangerous habits at well sites.”  A lawfirm specializing in O&G explosions and fires in Texas states:  “Given the level of potential danger that can exist at a well site at any given time, the risk of explosions and fires is always quite high. …Explosions and fires occur at well drilling sites for a wide variety of reasons, such as defective machinery and equipment that may fail and cause a devastating chain of events.  Worker negligence can also play an instrumental role in an accident…”

From the OSHA website:  “Workers in the oil and gas industries face the risk of fire and explosion due to ignition of flammable vapors or gases.  Flammable gases, such as well gases, vapors, and hydrogen sulfide, can be released from wells, trucks, production equipment or surface equipment such as tanks and shale shakers.  Ignition sources can include static, electrical energy sources, open flames, lightning, cigarettes, cutting and welding tools, hot surfaces, and frictional heat.”

Flammables can explode anywhere along the line, from production site to tanker truck or railroad car or pipeline, from refinery to users’ homes.  Of course, any spill of flammables may explode.  And all such fires contribute appreciably to air pollution.

Responses:  Local emergency responders are often caught with inadequate skills and equipment to deal with oil and gas fires.  Development companies tend to call in expert teams… often from hundreds of miles, or states, away.
HELPFUL LINKS

What it is:  ‘Fracking’, while it is used by many as a synonym for gas & oil drilling, refers to the modern technique of hydraulically fracturing, at high pressure, hard shale underground so as to create many more pathways for gas to flow toward a wellbore.  The procedure takes many thousands of gallons of water (which has to come from somewhere) with various chemicals (many of well-known toxicity) and other substances, and ‘produces’ liquids as well as releasing the trapped oil and/or gas.  (And this ‘produced water’ has to go somewhere – often into injection wells, which have been linked to new earthquake clusters.)

‘Well stimulation treatments’:  Other modern techniques also falling under the category of ‘well stimulation’ (as does fracking) are used to create more geologic pathways, depending on the site and what is found underground.  One of these ‘treatments’ is ‘matrix acidizing’ – sometimes called ‘mini-fracking – which is commonly used on more conventional wells… especially on wells that aren’t great producers.  Companies often make a case to regulating authorities for these to be drilled closer together…  And so, though these lower-pressure stimulation treatments don’t use as much water/chemicals, in the aggregate – since there can be many more of them – the outcome approaches that for high-pressure fracking.

‘Conventional’ drilling vs. ‘unconventional’ (fracked):  Fracking and other well stimulations are the new norm in the industry.  If a ‘conventional’ drill-straight-down-and-don’t-frack well is drilled today, it could be fracked or otherwise stimulated tomorrow… and very possibly will be.

It’s important to realize that well treatments are in no way the only potential sources of harm to humans, property, the air we must breathe, drinking wells and waterways and aquifers, farm animals and wildlife, crops and soil.

Long-term risks:  All wells are subject to cement well-casing failure over time – some in the first few years, most eventually as the cement ages.  And any well-drilling activity might open up routes to the surface or to underground water sources that can lead to contamination of water, soil, and air with the chemicals used as well as with naturally-occurring methane and radioactive elements from deep underground.  There is always environmental risk associated with oil/gas drilling.
LINKS/EXPLANATORY HANDOUT HERE

IF YOU NEED HELP NOW WITH ANY OF THESE ISSUES NOT EXPLAINED IN THE RESOURCES GIVEN, YOU MAY FIND ANSWERS ELSEWHERE ONLINE…  BUT IF NOT, WE INVITE YOU TO CONTACT US

NOT EVEN THE ‘BEST, SAFEST’ COMPANIES CAN ENSURE THAT HARMS DON’T COME 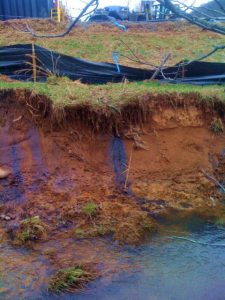 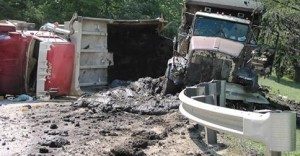 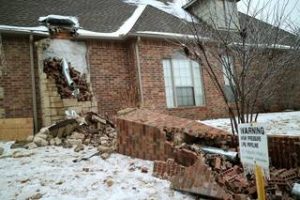 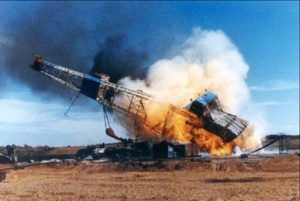