Citizens Allied for Integrity and Accountability, Inc. – CAIA – was begun in 2015 as an all-volunteer Idaho non-profit and became a federal 501c3 in 2016.  CAIA continues to be composed solely of volunteers who are concerned about the impacts of local resource use/extraction on communities in Southern Idaho.

A major issue has been the heavy INDUSTRIAL GAS & OIL DEVELOPMENT being impinged upon both suburban and rural neighborhoods in Idaho.  Such areas are growing steadily in southern Idaho, and we are in the process of disseminating a model protective ordinance to counties and cities around the state. …For local jurisdictions must safeguard their citizens and land holdings as effectively as possible by this means, or pay such consequences as have been seen over 30 states of the U.S.:  in issues of both public and personal property, health, environment, and general quality of life (see The List of the Harmed for real-life examples).  And citizens need to be aware of the impacts on their communities, their properties, and their health, safety, mortgages, and way of life once drilling and infrastructure comes into their vicinity.

We put on presentations and community forums, communicate with state and local officials, and publish documentation and write articles in order to reach people who are yet not even aware that there will be gas industry development with consequences in their area, nor of how it may affect them personally.  We have also spearheaded the successful effort to get oil & gas ordinances in place in the cities of Fruitland and Eagle, ID, with some of the best protections in the nation.

CAIA is neither politically partisan nor anti-energy – we are pro safety, and pro local control.

See the ‘Oil & Gas‘ section for an introduction to this complex set of issues.

Now is the time to learn from experienced oil & gas areas and do it right if it’s going to be done.

CAIA is also involved in PROTECTING LOCAL WATER RESOURCES in other ways, including being one of several intervenors against the effort of multi-national Suez Water’s bid to take over the Eagle Water Company.  We are also acting in the interests of many citizens across the Treasure Valley who would be impacted by the city of Boise’s plan to dump treated sewage effluent into the Farmers Union Canal, and thence into the Boise Valley Irrigation Canal (which irrigates numerous organic farms and CSAs).

Pro-safety, pro-local control – where it really counts.  We hope you’ll join us. 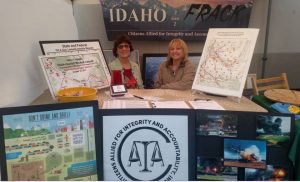 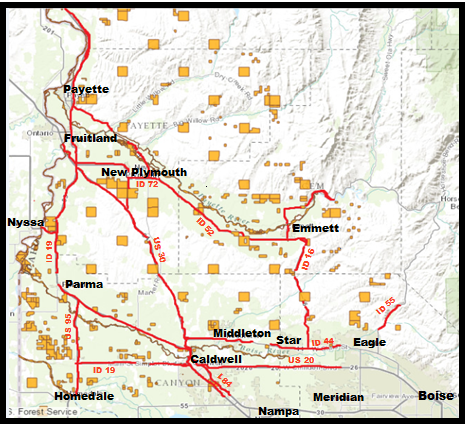